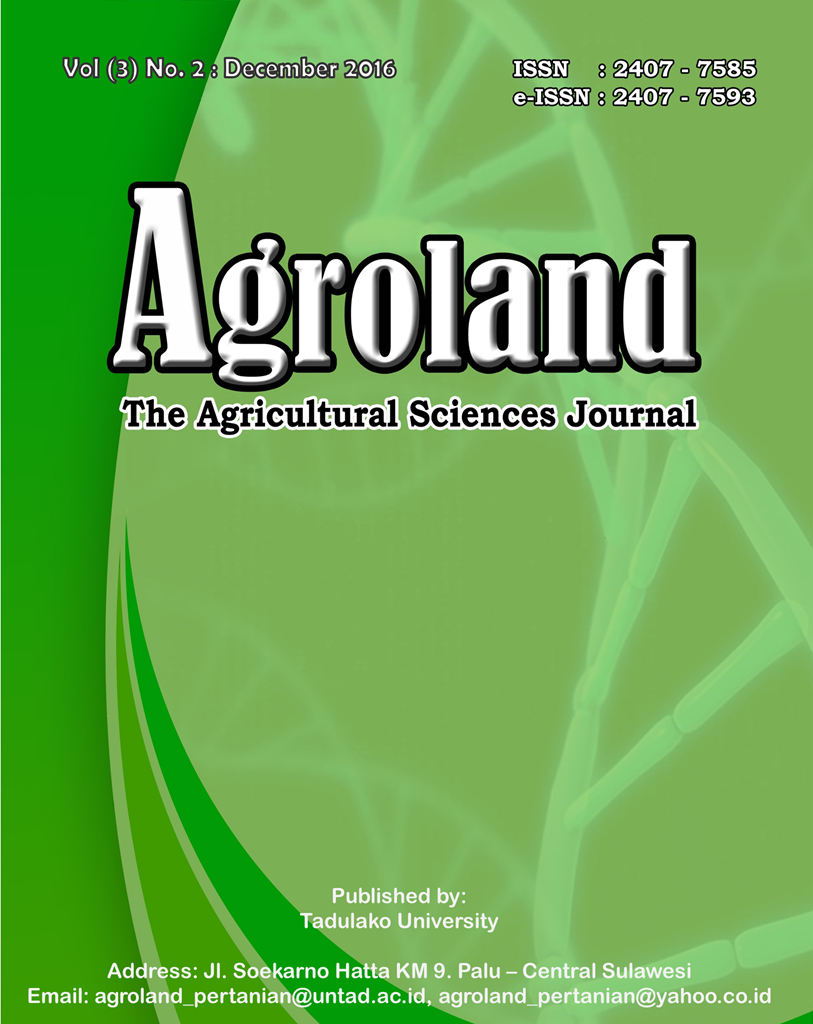 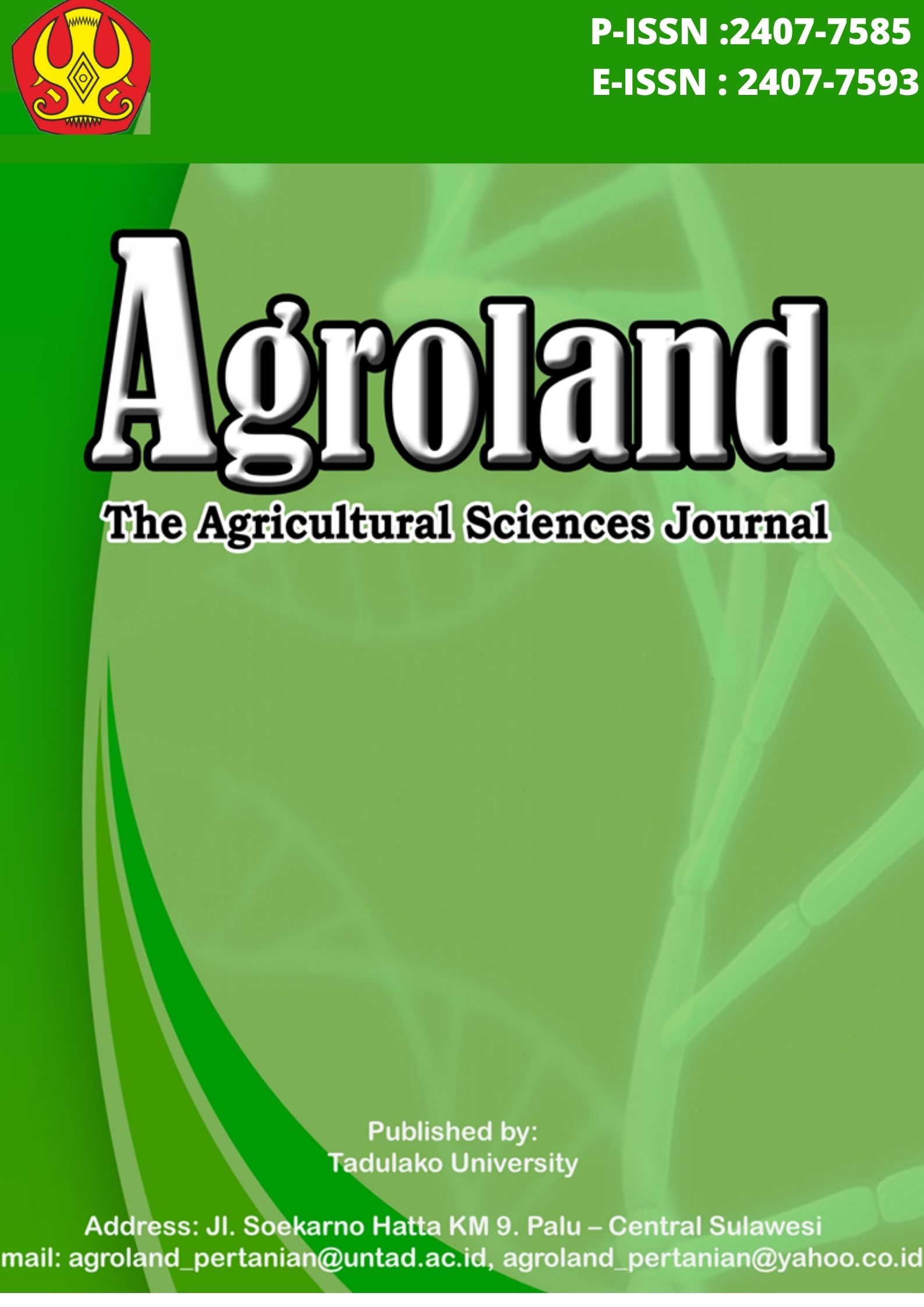 West Sulawesi Province ranks fourth in cocoa production in Indonesia in 2020 with a total production of 71,543 tons. . The use of domestic cocoa beans as raw material  for domestic industries is still very low since most of the beans is exported in the fram of dry beans. Indonesia government has established cocoa processing industry as one of the sectors that is prioritized for development. CV. Putra Mataram is a small chocolate processing industry located in Polewali Mandar Regency which can be developed into a medium scale cocoa  processing industry considering the availability of raw material. The purpose of this study was to identify and analyze the internal and external factors affecting the development of small scale chocolate industry and to determine the appropriat development strategy for CV. Putra Mataram. Qualitative data analysis was carried out by identifying the internal and external factors affecting the chocolate industry based on the results of the interview. The information obtained was reformulated and entered into the SWOT matrix. From the results of the SWOT analysis, there are 9 alternative development strategies that can be applied by CV. Putra Mataram. These strategies might also relevant to other small scale chocolate processing industries.

Before crossing plants, it's critical to understand their morphological characteristics. Differences in plant morphological features distinguish the advantages of each plant. The objective of this study was to determine the morphological characteristics of superior purple and local red corn cultivated at the height of 22 meters above sea level, as well as their adaptability. Kalukubula Village, Sigi Biromaru District, Sigi Regency, Central Sulawesi was the site of this study. The research took place between October 2020 and February 2021. A Randomized Block Design was used in this investigation, with two corn kinds as treatments: The experiment was repeated 16 times with purple superior corn and red corn, yielding 32 experimental units. The quantitative data was examined using ovarian analysis (ANOVA) followed by a 5% Tukey HSD test to assess the difference between the two corns. Plant height, number of leaves, leaf length, stem diameter, age of male flower appearance, harvest age, fruit diameter with husk, length of cob, number of seeds per fruit, the weight of kernel per fruit, and dry kernels production of tons/ha were all found to have a higher growth rate than purple corn kernels. The qualitative characters of superior purple corn kernels include: leaf veins and leaf bases are purple, stems are purplish-green, female flowers are white with anger, the husk is purplish-green, and kernels are purple-black. Local red corn include white leaf veins, light green leaf bases, purple stems, light green female flowers, purple husk, and red kernels.

Cultivation of cereals on peatlands has specific constraints. The use of fertilizers and planting methods is important in optimizing the growth and productivity of cereal crops, including sweet corn. This study aimed to analyze the need for NPK fertilizer based on the growth and yield of sweet corn plants at various planting spacings on peatlands in Rasau Jaya. The study was conducted on peatlands in Rasau Jaya 2, Kubu Raya District, for about 8 months. This study used a Split Plot Design with a randomized block design (RBD) as the basic statistical design. Spacing was determined as the main plot, which consisted of 3 levels: j1 (planting distance 75×25 cm), j2 (planting distance 75×40 cm) and j3 (planting distance 80×20 cm), with NPK fertilizer as subplots consisting of 3 levels: p1 (300 kg NPK/ha), p2 (400 kg NPK/ha), and p3 (500 kg NPK/ha). It was repeated 3 times for each combination. There were 5 plant samples as the unit of observation per plot. The study showed that plant spacing had a significant effect (α = 0.05) on the weight of the cobs without husks, the weight of the cobs with husks, the greenness of the leaves, the diameter of the cobs, length of the cobs, and weight of the cobs per plot. NPK fertilizer significantly affected root volume, leaf area, plant dry weight, and leaf greenness at =0.05; meanwhile, an interaction was found on the use of NPK fertilizer and plant spacing on the cob diameter. According to the results, sweet corn's best spacing for growth and productivity was 75×25 cm and 80×20 cm. The best dose of NPK fertilizer was 500 kg/ha or 125% of the recommended dose. Planting spacing of 75×40 cm + NPK fertilizer 400 kg or 100% of the recommended dose and spacing of 75×25 cm + NPK fertilizer 500 kg or 125% of the recommended dose were the best treatment on the diameter of the cob

The purpose of this study was to determine the effect of shade level on the growth and yield of shallot plants from seed. This research was conducted in Lolu Village, Sigi Biromaru District, Sigi Regency, Central Sulawesi Province. The time of this research is from January to March 2021. This research was conducted using a Randomized Block Design (RAK) which consists of 5 levels of shade, namely N0 = No Shade, N1 = 9% Shade, N2 = 18% Shade, N3 = 38% Shade and N4=Shade 50%. Each treatment was repeated 3 times so that there were 15 experimental units. Parameters observed were plant height, number of leaves, number of tillers per clump, number of tubers per cluster, tuber circumference, fresh weight of tubers per cluster, weight of tuber per tile, tuber weight per ha and weather variables. The data obtained from the study were then analyzed using analysis of diversity (ANOVA). If the results of the diversity analysis show a real or very real influence, then it is continued with the Honest Significant Difference (BNJ) test at 5% level. The results of this study showed that the level of shade had a significant effect on the observed variables of tuber fresh weight, tuber weight and tuber weight per hectare, but on the variables of plant height, number of leaves, number of tillers, number of tuber clumps and tuber circumference had no significant effect. The 18% shade gives the best shallot crop yields.

The most essentials factor underlying water management are the characteristics of plants to water requirements, the amount of water given, the irrigation methods, and the characteristics of the soil in storing water. The research purpose is to identify and determine the best irrigation method, which can increase the growth and production of soybean plants. Knowing the best method of giving water/irrigation that is able to maintain soil moisture for soybean plants. The experiment used a randomized block design consisting of four treatments, namely: A0 = Control, A1 = Sprinkle Method, A2 = furrow method, and A3 = Flood method. Each treatment was repeated three times. The data were analyzed statistically and if there was a significant effect, it would be continued with an test of honestly significant difference. The results showed that the Flood method gave the best effect on almost all parameters of growth and production observations and the highest yield for production per hectare was 4.32 tons.

Agroland: The Agricultural Sciences Journal (e-Journal) (p-ISSN: 2407-7585 & e-ISSN: 2407-7593) is an Open Journal System published by Faculty of Agriculture Tadulako University and Indonesian Society for Major in Agriculture (PISPI), is published twice a year in June and December. This journal provides a multi-disciplinary and international platform in which young and senior researchers can present their work on all aspects of tropical agriculture to other researchers, policymakers and professionals.